Is It Time to Change Churches? (Part 1) “All the time,” said John Piper, “I’ve been thinking about it for thirty years.”

I thought about quitting a lot. Here’s the beautiful thing that I look back on with such thankfulness: the Lord never let those “ready-to-move” feelings come when there was an opportunity to move. The opportunities to move came when I didn’t want to move. He timed it perfect.

Maybe you clicked on this article because you have a “friend” who is considering a job change. But my guess is that you might be in one of these ready-to-move seasons right now. And yet, before you rush to figure out all the tips and tools you need to transition well, perhaps it’s worth backing up to ask the question: are you sure it’s the right time?

For some pastors, a looming transition is obvious. You’re about to graduate from seminary and begin work in the field. You’re being influenced by both “push” and “pull” factors, not just one or the other. You’re being pushed out of seminary and pulled into a new local church. When this is the case, it’s fairly straightforward. Let the transition begin.

Some of you, however, feel like you’re on a rollercoaster. You feel anticipation and excitement as your church grows in size, but then a loop-de-loop and a double corkscrew induces fear and instability. How do you know when your time is done? If you were terminated, others decided the ride for you was over. But what about when the decision is yours?

Determining God’s will is often tricky. Gideon used a fleece, but I’m not sure this was to his credit. So we probably shouldn’t try something similar.

When I Was a Child…

When I was a kid, my parents gave me a choice about a summer vacation. I couldn’t figure out what to do. My parents told me I could go with them on a short trip to visit my grandparents or I could stay home with a friend to attend a local basketball camp. I had no idea what God wanted me to do. One morning I distinctly remember staring at a small bowl of cereal and asking God this very question. As I twirled the last few Lucky Charms with my spoon, I asked God to make the cereal into the shape of the state—either Missouri (basketball) or Iowa (grandparents)—to indicate what I should do. I’m not encouraging you to go and do likewise. After all, when I was a child I thought like a child.

Kevin DeYoung writes these words on how to discern the will of God:

Too often we feel as though we need to divine God’s will (say, with Lucky Charms). But DeYoung argues we should stop “thinking of God’s will like a corn maze, or a tightrope, or a bull’s-eye” (Just Do Something, 23). Instead, we need to realize God gave us brains and passions and mentors and friends and education and experiences and longings. As we listen to all of these—as well as when we adequately take into account our proclivity for sinful, mixed motives—somehow God shows himself faithful to lead us to where we should go.

Some Help in the Matter

In his book Before You Move, John Cionca explains thirty-five different categories to help pastors sense whether God is moving them to another ministry. He uses the metaphor of red and green traffic lights. The more red lights, the less likely God may be moving you, and the more green lights, the more likely he may be. So, if you get nineteen green lights and sixteen red lights, that makes things clearer, right? No, it’s not a simple math problem, and neither do each of the thirty-five categories carry equal weight.

But I do find it helpful how this approach forces one to think broadly about the situation. Often when a pastor wants to move, it might be that a few persistent annoyances have provoked his restless desire. It’s better to consider the whole picture.

I won’t list all of his thirty-five categories, but here are some I found especially useful.

Again, these don’t provide a full-proof plan; they’re simply tools. If the prophets Isaiah and Jeremiah had used these categories, the score would have been a shutout: 0–35. They were certainly in one of those ready-to-move seasons. Often, a prophet’s congregation didn’t want to fire him but to kill him. In fact, when God explains to Isaiah that his job description involved preaching until the pews were not only empty but until they were burned to ashes, Isaiah’s “Here am I! Send me” quickly became “How long, O Lord?” For Isaiah (and many other prophets), faithfulness meant staying put when all the lights appeared to be green. Why? Because the voice of God became to them like Gandalf thrusting down his staff and roaring, “You shall not pass!”

If, however, God is telling you it might be time for a transition, that’s a good thing even if it’s also a scary thing. Next week, in “Part 2” of this post, I’ll share something critical to understand while in the midst of a transition.

* This post has been adapted from Benjamin Vrbicek’s new book Don’t Just Send a Resume: How to Find the Right Job in a Local Church. If you’re considering a transition in pastoral ministry, please check out this helpful resource. 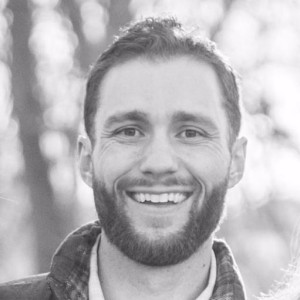 Benjamin Vrbicek is a teaching pastor at Community Evangelical Free Church in Harrisburg, Pennsylvania. He and his wife, Brooke, have six children. He earned an M.Div. from Covenant Theological Seminary. Benjamin blogs regularly at Fan and Flame and is the author of Don’t Just Send a Resume and the co-author of More People to Love.